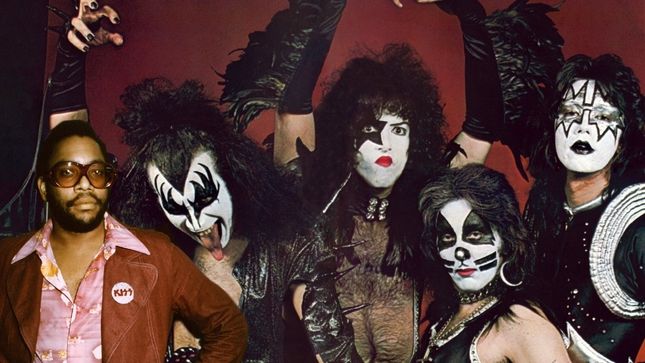 KISS's original road manager, J.R. Smalling, has had a fund-raising campaign launched on his behalf. Smalling guided the fledgling KISS from 1974 through their breakthrough with ALIVE! and Destroyer, and is perhaps most remembered for being the man who literally invented perhaps the most famous concert introduction in rock: KISS's famous "You wanted the best..." intro. It is Smalling's voice, in fact, who begins the band's 1975 double-disc Alive!

Smalling was diagnosed with metastatic bone cancer in 2018. The outlook for that disease is dire with the average patient surviving anywhere from just six months to four years.

Fortunately, Smalling's oncologists have found an aggressive treatment plan that has halted the disease's progress in its tracks. The downside is that the medication and associated costs are crippling.

The tough but perpetually optimistic Smalling said recently, "If life on tour has taught me anything, it's that if you believe in yourself you can conquer just about anything. When KISS first started out on the road, absolutely no one believed in us, except the band and the crew. It was a grind at first, but we not only survived, we conquered...together! And that's what I plan to do with my family and friends, conquer cancer together.”

Head to this location for more information.