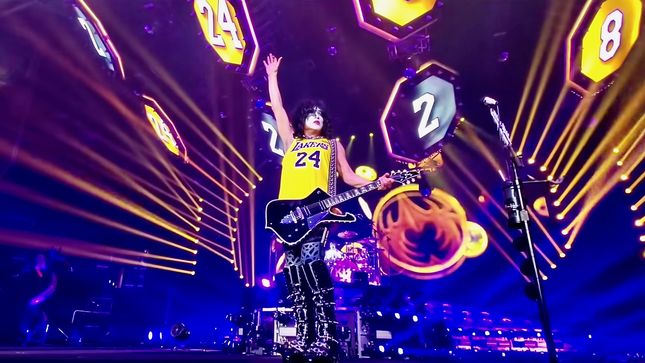 "We're in the house that Kobe built," said Paul Stanley before stripping down and putting on a Lakers jersey with Kobe's number 24 emblazoned on it.

Paul added, "None of us would be here if this place wasn't really like a memorial to somebody who was so much more than a basketball player, somebody who's been a role model. And tonight, I think we dedicate this show, not only to Kobe and his daughter Gigi, but to all the people who perished on that helicopter. So, let's reach back to something from Destroyer. This song says, 'Do You Love Me'."