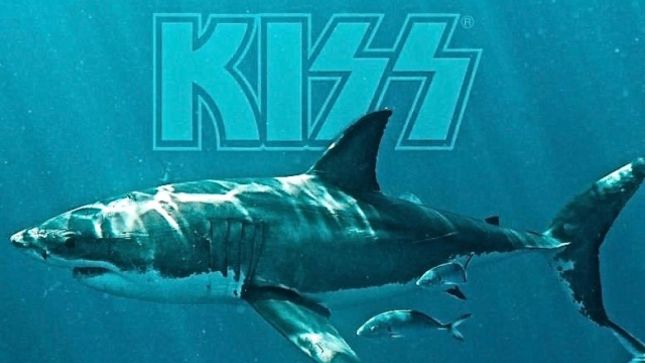 KISS recently announced they were forced to cancel the upcoming Australian leg of their End Of The Road Farewell Tour due to frontman Paul Stanley's battle with the flu. Australia's 7News is now reporting that three band members will still perform Down Under as part of a paid deal with Airbnb for just eight fans.

KISS - minus Stanley - will still take to the stage off the coast of Port Lincoln in South Australia on November 18. While they stay above board on one vessel, the fans will be lowered beneath the surface of the water from a second boat into the viewing sub in an area known for shark activity. Tour group Adventure Bay Charters confirmed to 7News on Thursday the promotional show would go ahead without Paul Stanley. It will now be the only show played in Australia this year.

KISS posted the following update on their official website, announcing the cancellation of their Australian tour: