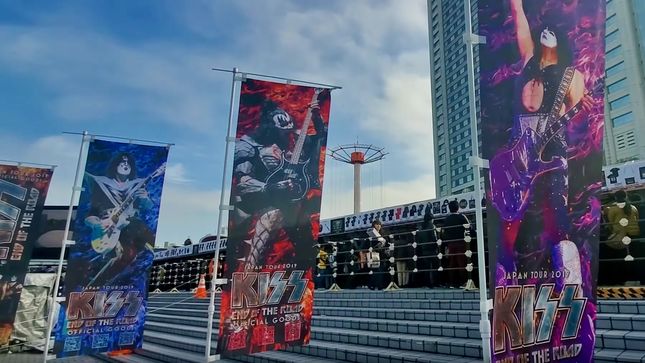 KISS, currently on the Japanese leg of their End Of The Road Tour, perform tonight (December 11) at Tokyo Dome in Tokyo. The band have released the two videos below, featuring fans lining up for merch seven hours prior to showtime, as well as the KISS crew getting ready for the concert.

KISS previously released video footage from their December 8 concert at Xebio Arena in Sendai. Watch below: