KISS - "When We First Came Out Over 40 Years Ago, People Thought We Were From Japan" 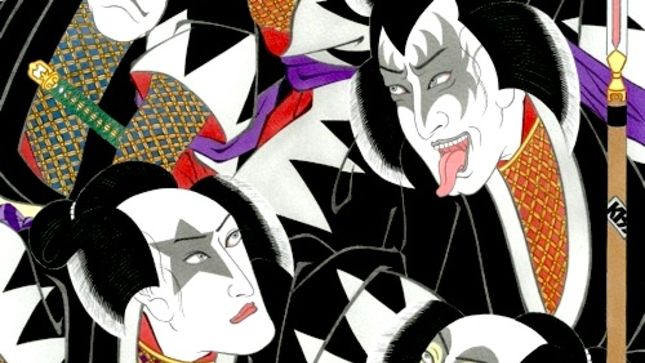 The L.A. Times recently caught up with KISS legends Paul Stanley and Gene Simmons, who discussed their connection to the Japanese #1 pop sensation Momoiro Clover Z, who will make their US live debut on July 2nd. An excerpt is available below:

Stanley: "Our collaboration with MCZ ('Samurai Son') was a meeting of cultures. The entertainment value of what MCZ does is undeniable. So whether our music is different, to me it didn’t matter. KISS is about breaking the rules and doing what excites us."

Stanley and Simmons say they've always appreciated Japanese culture, which is what drew them toward this collaboration.

"When we first heard about MCZ, we were very taken with the great shows they did and we also love that MCZ has great pride in being Japanese," Stanley said. "When we watched them dance, we saw geisha, sumo — there is great Japanese tradition in what they do."

"A lot of the look behind KISS comes from Marvel Comics and Japanese culture. When we first came out over 40 years ago, people thought we were from Japan," Simmons said. "Japan has always been a magical place where the past and the present live side by side."

KISS recently checked in with the following announcement:

"Our friends, Japanese singing sensation ‪‎Momoiro Clover Z will make their US show debut on July 2nd in LA at the Anime Expo at the LA Convention Center!

KISS and MCZ recently collaborated to produce the #1 hit single in Japan, 'Samurai Son', which they jointly performed during a historical concert at the Tokyo Dome in March 2015. Gene Simmons and Paul Stanley will introduce MCZ to a live audience on July 2nd.

According to AWN.com, KISS will receive the prestigious 2015 Special Commissioner’s Award from Japan’s International Short Shorts Asian Film Festival, one of Asia’s largest and most popular international short film festivals. KISS is receiving the award for their “Samurai Son” video from last year, a collaboration with Japanese pop sensations Momoiro Clover Z (MCZ). The award will be presented to Gene Simmons and Paul Stanley on July 2nd at the Nokia Theatre.

This  East Meets West cross-promotional campaign is the direct result of KISS’ decades-long affection for Japan and the Japanese culture, along with an unprecedented recent collaboration between KISS and MCZ. In early 2015, MCZ’s release of the Paul Stanley written song "Yume no Ukiyo Ni Saitemina” (“Samurai Son”) along with MCZ’s cover of the KISS classic “Rock N’ Roll All Night,” were both included on MCZ’s # 1 EP in Japan. This # 1 EP concurrently marked KISS’ first # 1 record in the band’s 40-year history. The # 1 EP was listed on Japan’s Oricon Chart and Japan’s Amazon Pop Chart.

Click here for complete details on the award presentation.