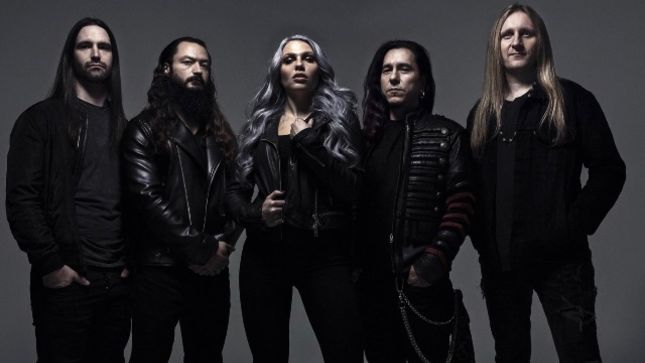 Canadian bashers Kobra And The Lotus have checked in with the following update:

"As promised, here is your Evolution intro teaser. Share if you care!!

Thank you to all who have supported our music. It’s important to purchase and not torrent when possible because we are able to qualify to apply for things like touring support when we can prove we sell some records! So everything you do greatly helps, and we thank you for making our circle of life whole."

The upcoming LP sees the band imbued with a new fire that comes through by way of undeniable hooks, soaring guitar riffs, marching drum beats, and the soulful, bombastic vocal delivery of lead singer Kobra Paige. No longer bound by old formulas and expectations from the past, Evolution comes through with a sound that is expansive and, at times, borders on outright swagger. Each song feels like an Active Rock hit in the making, while still having the grit and feverish intensity that longtime fans have come to admire from Kobra And The Lotus.

The band has dropped their music video for the new single, "Burn!", which can be seen below.

Pre-orders for Evolution are available here.