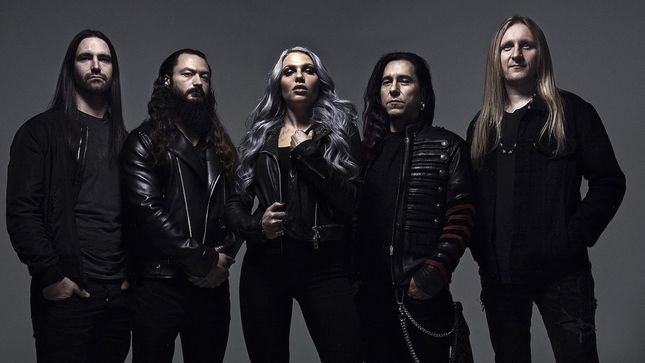 Calgary-based hard rock quintet, Kobra And The Lotus, return with their new studio album, Evolution, out September 20 via Napalm Records. A guitar playthrough video for the first single, "Burn!", can be found below, along with the official music video.

The upcoming LP sees the band imbued with a new fire that comes through by way of undeniable hooks, soaring guitar riffs, marching drum beats, and the soulful, bombastic vocal delivery of lead singer Kobra Paige. No longer bound by old formulas and expectations from the past, Evolution comes through with a sound that is expansive and, at times, borders on outright swagger. Each song feels like an Active Rock hit in the making, while still having the grit and feverish intensity that longtime fans have come to admire from Kobra And The Lotus.

Pre-orders for Evolution are available here.