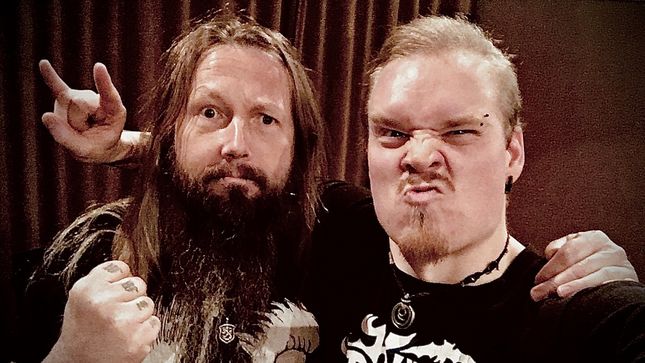 Korpiklaani stated, "Every journey has a beginning and an end. After 17 years and many good memories, Matson leaves Korpiklaani. Our new drummer is Samuli Mikkonen. Samuli is formerly known from Profane Omen and Jonne. He already drummed on our Kulkija album, as he played some of the tracks on the record. Samuli has also been a fill-in live drummer for Battle Beast. Samuli is an energetic drummer with a bombastic playing style. Just wait and see!"

Samuli commented, "I could not be more honoured and excited to become a part of Korpiklaani. My journey with this music started when I joined the Jonne band back in 2013. I had a musical connection with Jonne right away and we began to make songs together. When Korpiklaani was making Kulkija in Petrax Studios in autumn 2017, I was asked to fill in for some songs. At the end of the day I had recorded drums for 'Neito,' 'Aallon alla,' 'Harmaja,' 'Kotikonnut' and 'Tuttu on tie.' I was enjoying the music and we had a great time with the band in the studio. I'm very proud of that album. I have been following the band for two decades now and I'm very thrilled to have a chance to play all those great songs live. See you on the road!"

"Jägermeister," is available to purchase digitally here. You can view the video for the track below, shot at their recent New York show:

Korpiklaani's tour schedule is as follows: