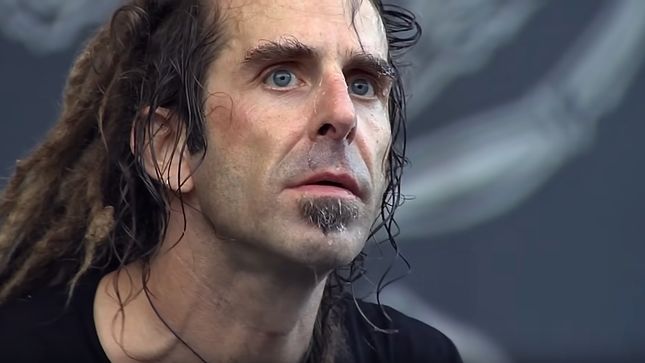 Grammy Award-winning, uncompromising Virginia natives, Lamb Of God, have rescheduled their European tour dates, which had been postponed/cancelled due to the COVID-19 pandemic.

Originally intended for April 2020, the dates will now be in November & December 2021. Reconfirmed to join them as special guests are label mates, German thrash classics Kreator, with Texan thrash squad Power Trip opening proceedings each night.

The revised State Of Unrest dates mark the first chance for fans to attend a Lamb Of God headline tour of the UK since January 2014, with interim incendiary performances as co-headliner with Megadeth (2015), as special guests on Slayer’s final run (2018), and at festivals. Kreator will co-headline in Europe.

Lamb Of God guitarist Mark Morton comments, "While it's later than we had hoped, we're excited to have new dates in the books for 2021. We couldn't be more excited about returning to the stage in Europe with our friends in Kreator and Power Trip. It will be worth the wait."

"Better late than never," adds Mille Petrozza, Kreator. "We’re excited to finally get the good news to our awesome and VERY patient Hordes. Obviously the original dates in March/April were cancelled - we had hoped to reschedule at the end of this year which we now know would not be possible either. We’ll be back with a new record and new production, together with LoG’s latest banger... the tour will be bigger and badder than before! See you there in 2021!"

Tickets bought for the original shows (including those with venue changes) remain valid for the new dates. Tickets for all the rescheduled shows and the new show in Leipzig go on sale immediately. Tickets for the new show in Tilburg go on sale on Monday, August 3 at 11 AM, CET (10 AM, BST). To buy tickets for the UK dates, please contact box offices or buy online via www.stateofunresttour.com and https://www.livenation.co.uk/artist/lamb-of-god-tickets.

Lamb Of God are: