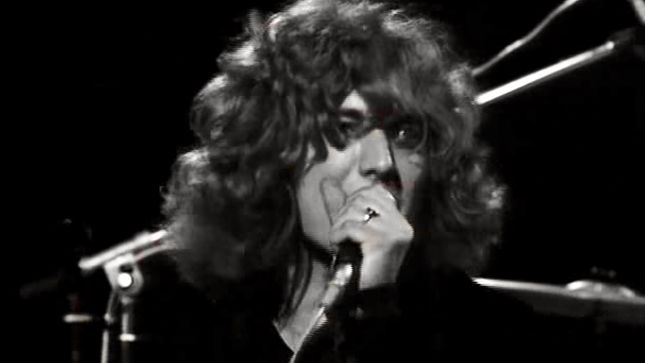 The artist who designed the iconic cover for Led Zeppelin's debut album has sold the original tracing of the famous image for £260,000, reports Daily Mail.

Revered designer George Hardie, 76, was paid just £60 to produce his version of photographer Sam Shere's image of the Hindenburg Zeppelin airship on fire in 1937 for the cover of Led Zeppelin's self-titled 1969 album. Now, more than 50 years later, the original stipple tracing which went on to become one of the famous pieces of art work in rock and roll history, has sold for £260,500 at a sale at Christie's.

Mr Hardie, who marked tracing paper with small black dots to create an image similar to a low-resolution newsprint photo, had stored the single sheet of tracing paper in a drawer but seemingly forgot about it for decades. However, he recently unearthed it in the bottom of a plan chest in his studio alongside a prescient note written many years ago.

Mr Hardie, who retired as a lecturer in illustration at the University of Brighton in 2014, said: "It was unsullied, in a clean folder on which one of my partners had written years ago, ''G's pension fund''."

The designer offered it for sale at auction with Christies who gave it a pre-sale estimate of £25,000.