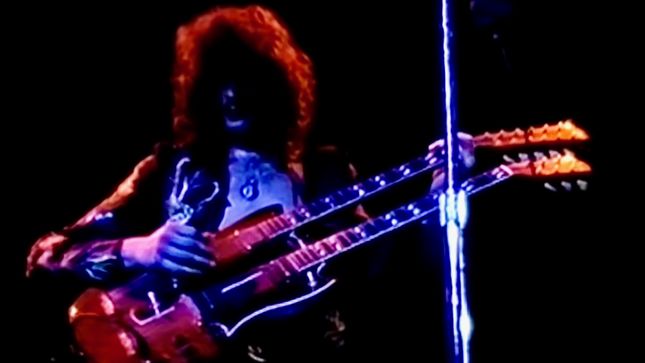 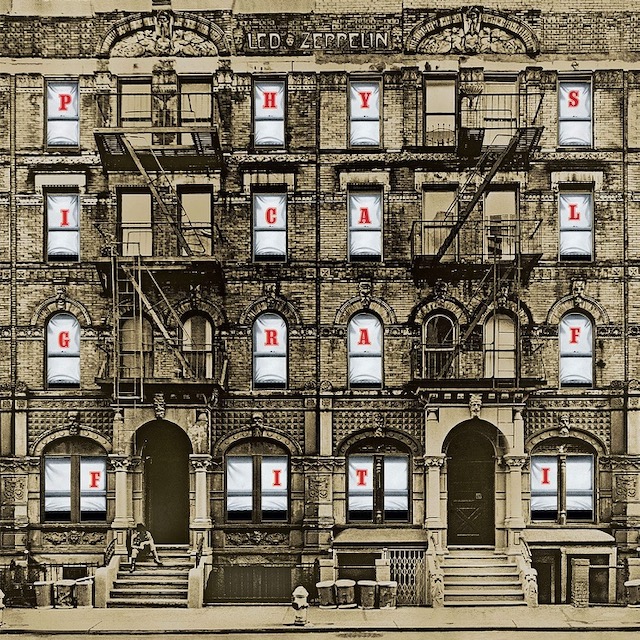 Says Host Redbeard: "By the time of its late February 1975 release, Led Zeppelin‘s sixth album, Physical Graffiti, signaled a fundamental change in the popular music and media equation that began with IV. With 'Stairway To Heaven'. Led Zeppelin had proven that the album format had matured to the point that a hit single for Top 40 radio was no longer a necessity for huge album sales. By the time of recording the wide variety of styles for Physical Graffiti‘s four sides, a hit single wasn’t even a consideration for Page, lead singer/lyricist Robert Plant, bass playing multi-instrumentalist John Paul Jones, and legendary drummer John Bonham.

"In the delightful 2008 electric guitar documentary film It Might Get Loud starring Led Zeppelin founder Jimmy Page along with The Edge from U2 and Jack White, we finally get a glimpse inside the English country manor house known as Headley Grange, immortalized as the site of recording Led Zeppelin‘s record-breaking sixth album Physical Graffiti. Clearly, in the film Page cannot contain his pleasure with returning to the scene of creating that iconic fourth Led Zeppelin recording, as well as what would become the inspired double album Physical Graffiti three years later.

"To mark the forty-fifth anniversary of this 16X platinum (!) magnum opus, producer/co-writer Jimmy Page meticulously remastered the bounty of songs on the original and combined them with unheard demos, roughs, and working versions from the PG sessions for a truly deluxe edition worthy of the description. In this interview for part one, Jimbo lifts the curtain on the rapier 'Custard Pie', the funky romp 'Trampled Under Foot', the thunderous grind of 'The Rover', the acoustic toe-tapper 'Black Country Woman', and the whisper-to-a-scream dynamic eleven minute ecstasy of 'In My Time Of Dying'. Jimmy Page joins me as very special guest for the first of our two-part exploration of the album Rolling Stone magazine ranks at #70 on their” Top 500 Albums of All Time”."