LEECHED Release "The Stone And The Steel" Music Video 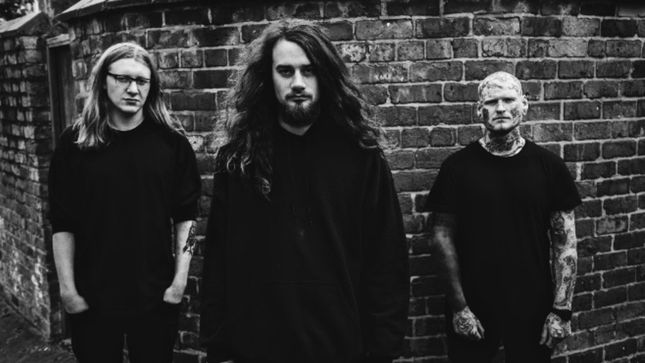 Manchester's Leeched have unveiled the second single from their upcoming album You Took The Sun When You Left. Watch a video for "The Stone and The Steel" below.

"'The Stone And The Steel' is one of our personal favourites from the album. It's no frills and straight to the point. The same applies to the video, and it was perfect as a single because of this. The track covers themes of oppression and the decay of life. We wanted it to be as hard-hitting and violent as possible. The song doesn't follow a standard structure it progresses in way that felt natural when it was written." states Leeched vocalist/bassist Laurie on the new track.

You Took The Sun When You Left will be released on August 24th via Prosthetic Records. Pre-order here.

Barely a year after they formed, and with an incessantly intense EP - Nothing Will Grow From The Rotten Ground - already under their belts, Leeched are taking a fast-paced swipe at the world around them. Bands sharing a distaste for the status quo, or a dissatisfaction for the world around them may not be something new, but few bands are doing it with the vitriol and vehemence that is offered up on You Took The Sun When You Left.

Taking influence from every dark and dingy corner of extreme music, Leeched may be moving at break-neck speed, but they're a band who are quickly finding their feet - both in the studio and out on the road.