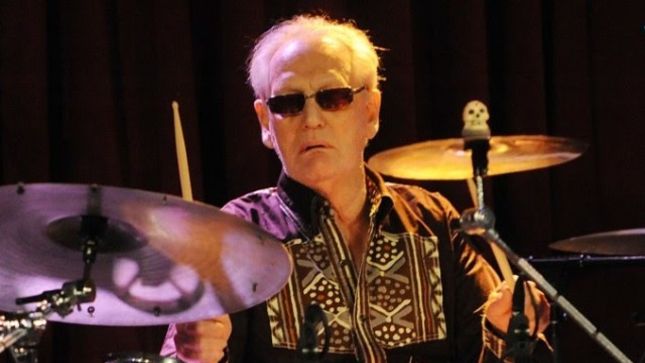 Legendary Cream drummer Ginger Baker - who was hospitalized in late September after his family said he was "critically il" - has passed away at 80. Two hours ago, Baker’s Facebook Page stated: “We are very sad to say that Ginger has passed away peacefully this morning. Thank you to everyone for your kind words to us all over the past weeks.”

In 2013, Baker - now 80 - was diagnosed with chronic obstructive pulmonary disease. In 2016, he underwent open heart surgery. Baker is also said to be suffering from chronic back pain due to degenerative osteoarthritis.

According to The Guardian, Baker was born in 1939 in Lewisham, south London, and grew up amid the blitz; his father was killed in action in 1943. He began drumming in his mid-teens, remembering in 2009: “I’d never sat behind a kit before, but I sat down – and I could play! One of the musicians turned round and said, ‘Bloody hell, we’ve got a drummer’, and I thought, ‘Bloody hell, I’m a drummer!’”

Despite considerable friction between Baker and singer/bassist Jack Bruce, the pair in 1966 formed Cream with Eric Clapton, who had previously played with the Yardbirds and John Mayall. Cream were arguably the first supergroup and precursor to heavy metal.

A reunion in 2005 ended in animosity, with Baker and Bruce shouting at each other on stage in New York. In 1969, Baker and Clapton formed the short-lived band Blind Faith with Steve Winwood and Ric Grech, and the latter pair joined Baker in his next project, jazz-rock band Ginger Baker’s Air Force.

In 1992 Baker played with the hard rock group Masters of Reality with bassist Googe and singer/guitarist Chris Goss on the album Sunrise on the Sufferbus.

His autobiography Hellraiser was published in 2009 and in 2014 Baker signed with Motéma Music to release his final album Why?