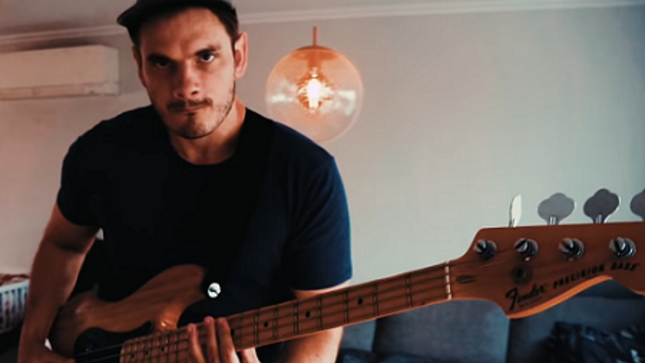 Continuing the promotional campaign for their current album Pitfalls, Norwegian rock outfit, Leprous, have released a bass playthrough video for the most epic track on the album, “I Lose Hope”. Check it out below.

Bassist Simen Børven comments: "These are strange and trying times for everyone! My heart goes out to all colleagues that have had to cancel tours and whatnot for the foreseeable future, in addition to the stress of being concerned for the health of family, friends and society in general."

"Leprous' situation is under strain as well, although we were lucky enough to return home from our European tour before the international travel bans and social distancing started. Being in paternity leave for the next 15 weeks after I returned home from tour, I was already doomed to be in a form of social isolation - but a blissful one at least!"

"Arkentype‘s Kjetil Hallaråker captured a moment of this isolation with my daughter, Solveig and of course my dog, the one and only Solan. Turns out both of them have something to say about new and old Leprous in this video."