LYNCH MOB - Live Footage From ABC In Concert In 1991 Resurfaces 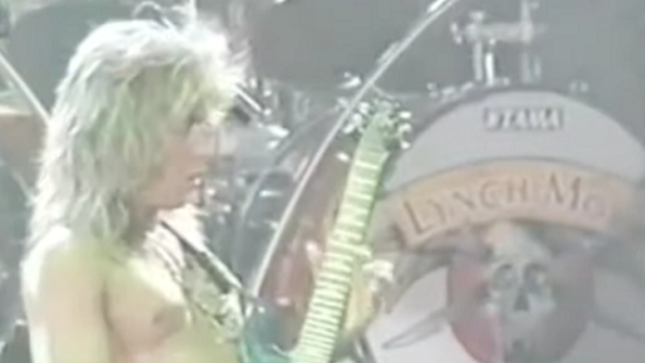 Lynch Mob has just uploaded footage from their 1991 appearance on the ABC In Concert television show. Check out George Lynch and co. performing "River Of Love" and "All I Want" from their 1990 debut album, Wicked Sensation.

Tichy: "I've been playing this year with George Lynch and his Lynch Mob band, and we had tour dates being added pretty consistently. We just started up in February. It's the 30th-anniversary tour of his first record, and we're playing the record in its entirety. And we're doing a re-record of the whole first record, sort of a revisioned, reimagined take on that first record, Wicked Sensation. Which we're doing now — now we're just moving faster on that."

Tichy has been a member of Lynch Mob on-and-off since joining in 2010, leaving and returning between 2012–2013, 2015 and 2020. The current line-up features Lynch, Logan, Tichy and Black Star Riders bassist Robert Crane.