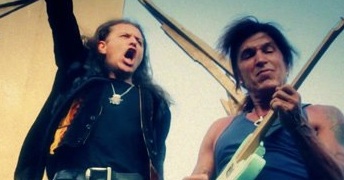 This week on The Double Stop With Brian Sword, Oni Logan (Lynch Mob, Dio Disciples, Violets Demise) discusses his career and his girlfriend - Playboy model Ivy Ferguson. He covers his first stint with Lynch Mob with George Lynch, Violet’s Demise, his time in Switzerland, his much maligned solo album, and his return to the US. They also talk about the new six-song Lynch Mob EP coming in October and Sun Red Sun, the a tribute to Ray Gillen from Badlands.