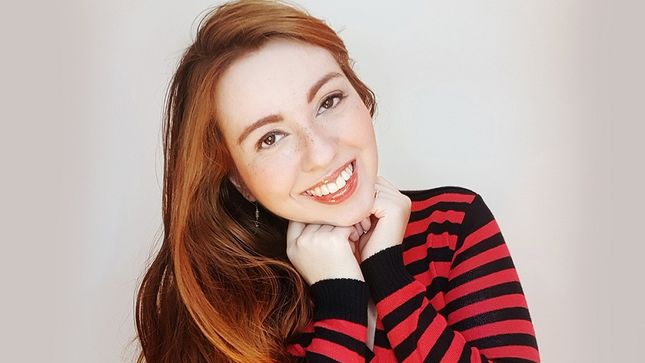 Lyria's vocalist, Aline Happ, launched on her YouTube channel Rihanna's version of “We Found Love”. The cover replaced the dancing beat by DJ Calvin Harris with the accompaniment of the piano and violin, highlighting the timbre of Aline. The song is the third to feature on the channel, which already has a cover by Disturbed (“Stricken”) and David Guetta (“Titanium”).

“My idea is to bring very different songs to my channel and to be able to transform them into an Aline version. I really like that letter and relate it to my personal life. My idea is not to do a cover, but a version. Leaving music to my personality, so I chose different elements, like violins,” says Aline Happ.

The song was originally released in 2011 by Rihanna with the participation of DJ Calvin Harris in the production and composition. The song that mixes electro house with dance pop caused mixed reactions among critics from different countries, although it pleased fans reaching the 16th position of the American Billboard Hot 100.

This is not the first time that Aline Happ has crossed the metal line and met other musical styles. Previously, on Lyria's channel, the singer has performed songs like “Let it Go” (Frozen); "Only Hope" (Switchfoot, popular in the voice of Mandy Moore); and “Red is the Rose” (Irish folk song).

“My idea is to post videos every week. You can expect not only videos of versions, but also make-up, recipes, exercises and whatever else makes me tick (laughs)”, warns Aline.

Known worldwide, Lyria is a Brazilian band founded in 2012 by Aline Happ. Since then, the group has released two albums with crowdfunding support, Catharsis (2014) and Immersion (2018) and played in several Brazilian cities.