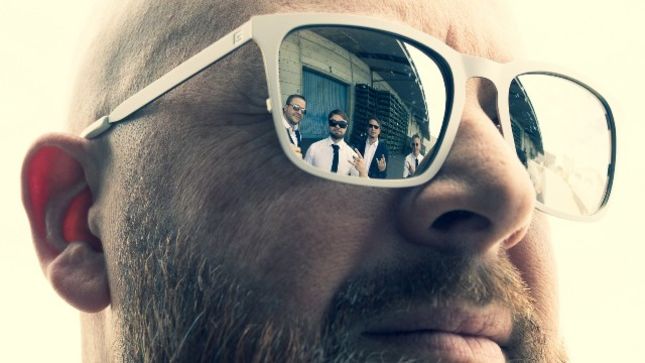 On M.I.GOD. being labelled progressive metal:

"It doesn't bother me, but I don't like categorizing a band's sound. It has turned into a real problem. You can say 'Specters On Parade is old school thrash metal...' and there are some typical characteristics of that sound that we do not have, so we are not old school thrash metal. I think M.I.GOD. is a mix of everything, so the sound of the band isn't easily put into a box."

"It came out in 1988 when metal fans like me and you went to the record store, and I bought it without hearing a note from it because I love Rage For Order. I put it on the record player and that intro.... man, cool and creepy (laughs). And as the album played it was almost like too much information. There was so much to process, I didn't get it the first time. My ears weren't that well educated yet (laughs). I got into Queensrÿche when they put out Rage For Order, not The Warning like everyone else. It honestly took five or six years for my mind to be open enough for Operation: Mindcrime, where it was at a point where I loved it as much and knew it as well as Rage For Order."

On the Specters On Parade outro ("Terminus Life") being inspired by the "I remember you" outro on Queensrÿche’s  "Eyes Of A Stranger":

"I was a big fan of Savatage when they were active and I bought every record. I'm a huge fan of the Gutter Ballet album. Street is a really cool concept album, the songs are great, but the production is terrible. I hate the production of that record because it sounds so flat. They should really remaster it or do it again."