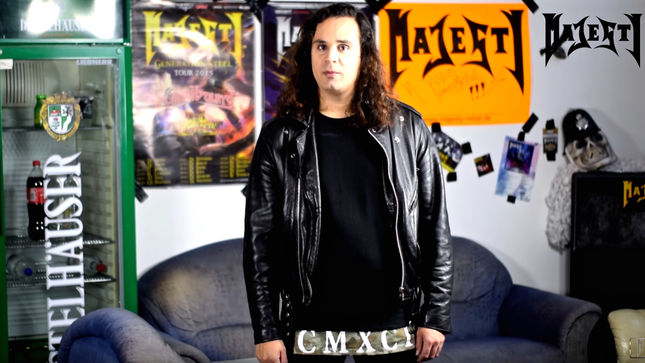 More intense, more powerful and more epic – Majesty have reached the next stage of evolution and sound the horn of their new album Rebels to conquer the heavy metal throne. Recorded in the band's own studio and refined by the mixing and mastering of Frederik Nordsträm in the Studio Fredman, Rebels is the fundament for Majesty 2.0.

The band has revealed the cover artwork of this upcoming album, which will be released on March 3rd, 2017 via NoiseArt Records.

"We are happy to present you the artwork of our new album Rebels. It exactly expresses what Majesty 2.0 means. Fight for your freedom and let nobody ever tell you how you should live your life!"

Rebels needs to be heard by full volume and thanks to its hymns, it will live up to its status as Majesty 2.0 on stage as well – get blown away!