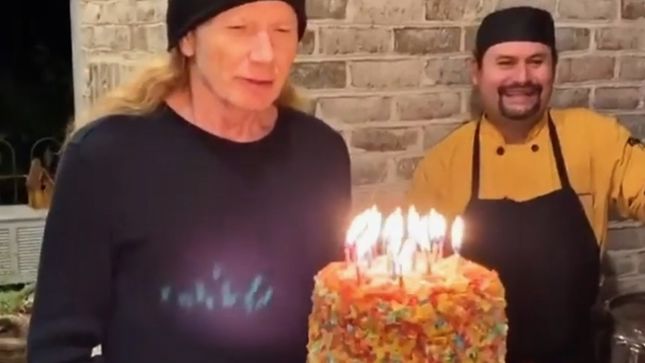 Megadeth frontman Dave Mustaine's wife, Pamela Mustaine, has uploaded the video below, shot during the celebration for her husband's 59th birthday, this past Sunday (September 13).

She included the short message: "The happiest birthday boy!"

Rust In Peace: The Inside Story Of The Megadeth Masterpiece, by Dave Mustaine with Joel Selvin, was released on September 8. Order in a variety of limited edition autographed bundles here, and watch a short video trailer below.

A new book by the lead vocalist, guitarist, and primary songwriter of Megadeth, the original lead guitarist of Metallica, and the author of the New York Times bestseller, Mustaine.