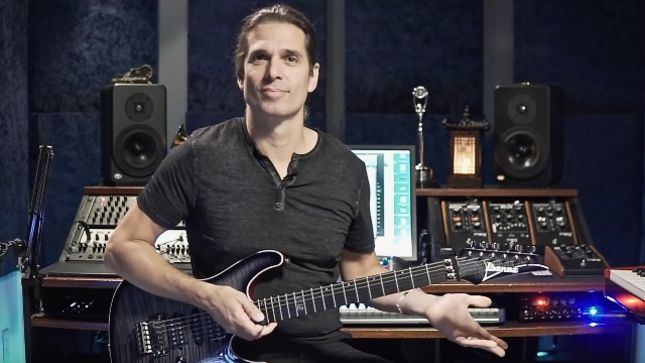 Megadeth guitarist Kiko Loureiro is gearing up to record a follow-up album to his 2012 solo record, Sounds Of Innocence. He has checked in with the following update:

"I'm here doing pre-production on my new album. I'm just working on new songs and recording drums next week. It's a mix of some ideas that I had in the past and some stuff that I just worked on in the past few weeks. I don't know when I'm going to record the guitars. So probably until the end of the year, I'm going to finish recording and mixing. I don't know when it will be released. We're going to finish the new Megadeth album first. It's good to take the time now to play some guitar and develop some different ideas and put my creative mind to work a little bit. I'm sure you guys are going to love it."

Megadeth bassist and co-founder, David Effelson, recently sat down with SiriusXM to talk about working on the band's forthcoming new record. Watch the video below: