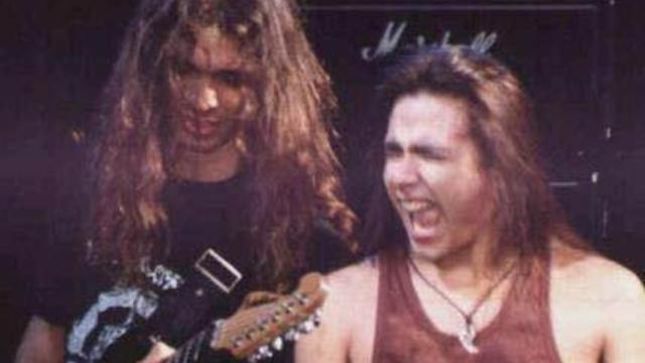 On June 8th, word came down that former Angra frontman André Matos had passed away at age 47. No cause of death has been confirmed at this time. Megadeth guitarist Kiko Loureiro, who was with Angra from 1992 – 2015, has posted the following tribute to Matos:

"What a sad morning. A phone call and the news that André Matos passed away. Life is too fragile. I cried. Since I was 14 years old back in the Rio Branco school, André was already a benchmark. We all wanted to be like him. The unparalleled voice, the talent for the piano. Luckily, the destiny united us for nine years. In the years we spent together, we have created and lived incredible things which are kept in the most special place in my memory. The crazy dream of having a world-famous heavy metal band that we talked about while sitting on the bus going to rehearsals. The songs he wrote are timeless (play 'Carry On'!), the albums… from our first precarious shows to the big tours in Europe. Everything is coming back to my mind now. From his peerless high notes to the glance over the round glasses.

André, you were and will always be so important to us all. This week he said he wanted to play together again after 20 years. Too sad. Your voice, your songs, and your piano will be eternal for all of us fans.. Thank you, André. RIP."

Angra has released the following statement:

There are no words right now that describe the size of the void left in the hearts of those who loved him closely and far Brazil loses an irreplaceable talent of the genre heavy metal and with it dies the hope of seeing it on our stages again.

May the angels receive your soul and may the goddess of fire keep the flame of her artistic legacy alight always. R.I.P. Andre Matos."