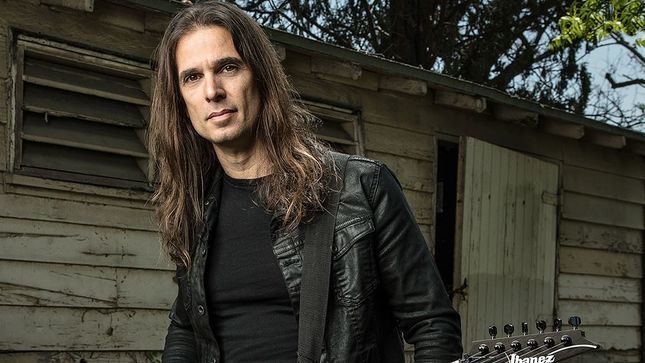 France's Loud TV caught up with Megadeth guitarist Kiko Loureiro to discuss his new solo album, Open Source. Check it out below.

Kiko: "I believe in the power of instrumental music. A lot of guitarists listen to these kinds of albums, but if you think about instrumental music you're going to remember a lot of melodies from songs you know, but you don't always remember the lyrics. The melodies stay forever; classical music, soundtracks, instrumental albums... that's why I believe in the power of melody. The lyrics are another thing you can add to the music to give more depth to the song."

Get the album here, and find a full audio stream below.