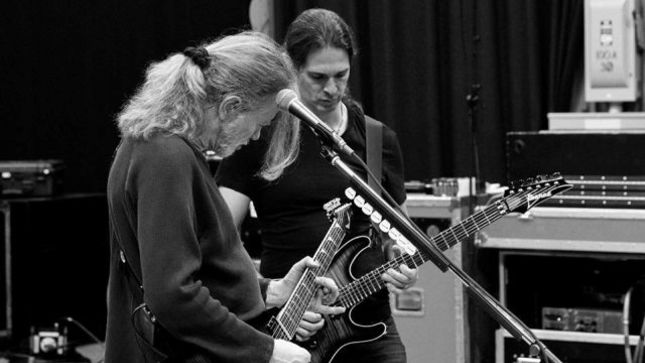 Courtesy of Megadeth and Rafael Pensado for Megadeth Worldwide, the clips below feature the band in rehearsals for their upcoming European tour with Five Finger Death Punch.

The upcoming tour will be Megadeth's first live shows since frontman Dave Mustaine entered cancer treatment in May 2019. Mustaine recently made a very simple post that says it all.


Megadeth announced they will join Five Finger Death Punch as special guest on their 2020 European Winter Tour back in late 2019. The tour will visit 14 European countries starting on January 20 at the Hartwell Arena in Helsinki, Finland and ending on February 20 at the Budapest Sportarena in Budapest, Hungary.

Megadeth bassist David Ellefson discussed those tour plans with Danny Stoakes, saying "Normally, we come over and we do the festivals. We've been looking at ways to headline or do some kind of a package tour that gets us much more penetrated across Europe instead of only doing the festival circuit. And I think it's a good way to do it."