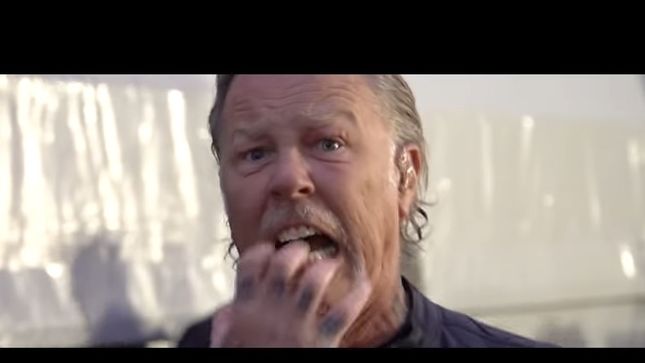 Fan-filmed footage of Metallica covering Celtic Frost’s “The Usurper” can be viewed below as well as a recap video from their May 10th show at Letzigrund Stadion in Zurich, Switzerland. Says the band: “10 years is too long! Thank you for bringing the energy to Letzigrund!”

Metallica's setlist can be found below along with fan-filmed footage:

"Hardwired"
"The Memory Remains"
"Disposable Heroes"
“The Thing That Should Not Be”
"The Unforgiven"
“Now That We're Dead”
"Moth Into Flame"
"Sad But True"
“No Leaf Clover” (followed by Kirk Hammett and Robert Trujilo’s solos of Celtic Frost’s “The Usurper”, “ManUNkind” and “Orion”)
“Frantic”
“One"
"Master Of Puppets"
"For Whom The Bell Tolls"
"Creeping Death"
"Seek & Destroy"