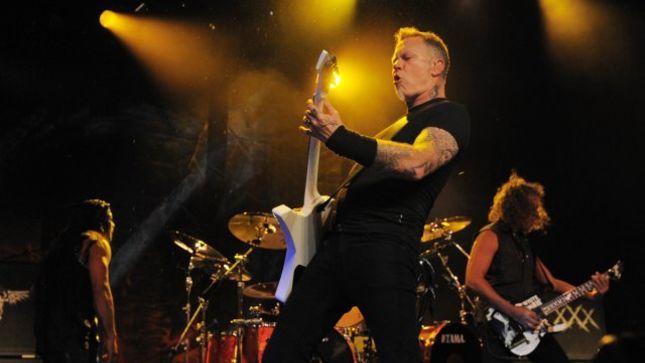 The Metallica clip below features fly on the wall footage shot by the MetOnTour reporter on November 8th in Anaheim, CA for Blizzcon. Footage includes the band warming up in the Tuning Room, and both "Cyanide" and "Battery" from the show.

Presented by HBO and Starbucks, The Concert For Valor took place on Veteran's Day, November 11th, televised by HBO.

Artists performing include Metallica, Bruce Springsteen, Dave Grohl, Rihanna, Carrie Underwood and many more. Metallica's performance can be seen below.

Prior to the show, Metallica issued the following statement: "We’re excited to play for those who have given so much of themselves for others as the night shines the spotlight on the more than 20 million American veterans who have served."