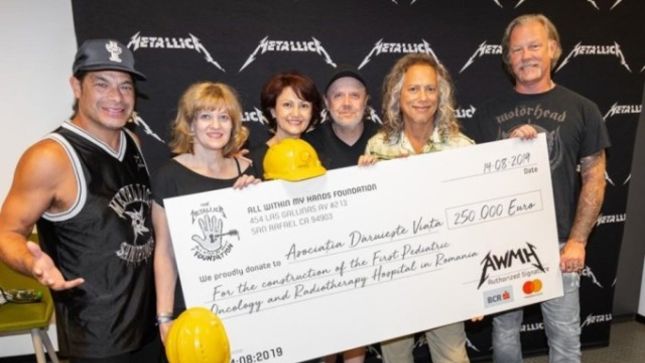 Reuters is reporting that Metallica has donated €250,000 to a Romanian association building the country’s first pediatric oncology hospital. The donation to Daruieste Viata (Give Life), founded in 2012, came ahead of the band’s sold out concert on Wednesday, its fourth in the European Union state since 1999. The donation was made through the band’s non-profit foundation All Within My Hands.

Fan-filmed video from the August 14th show in Bucharest, Romania can be viewed below.