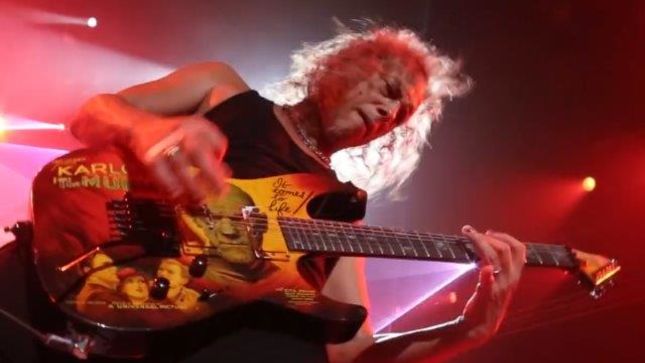 Metallica guitarist Kirk Hammett recently spoke with Bobby Olivier of NJ.com about the ill-fated performance of "Moth Into Flame" at the 2017 Grammy Awards, back in February in Los Angeles, CA; an excerpt follows:

When asked what it was like backstage immediately after the mistake seen by millions, Hammett laughs: "Oh, not good! How about everyone screaming and yelling 'what the fuck?' For me, I kept thinking to myself 'it doesn't feel like sabotage, it feels like a real, honest mistake on someone's part.' But because we're human, and because we're competitive and want to do our best, sometimes an explanation like 'it's a simple mistake is just not satisfying enough'."

"But the next day I saw all the positive benefits of that chaotic performance," Hammett continues. "We got way more attention for the mic not working than we would have if we just played with Lady Gaga and pulled it off. It was kind of like a throwback to the Jethro Tull fiasco," he says of the 1989 blunder that saw Tull's Crest Of A Knave LP best Metallica's ... And Justice For All, in the hard-rock/metal category.

"We got more publicity back then losing to Jethro Tull than we did if we would've won that Grammy," he says. "Same thing here: I thought we did a great job and Lady Gaga did a great job. I have the utmost respect for her."

Metallica have just kicked off their WorldWired 2017 North American tour in support of their new album Hardwired… To Self-Destruct. Avenged Sevenfold and Volbeat will be the main support acts for the run. See below for a list of all confirmed dates. 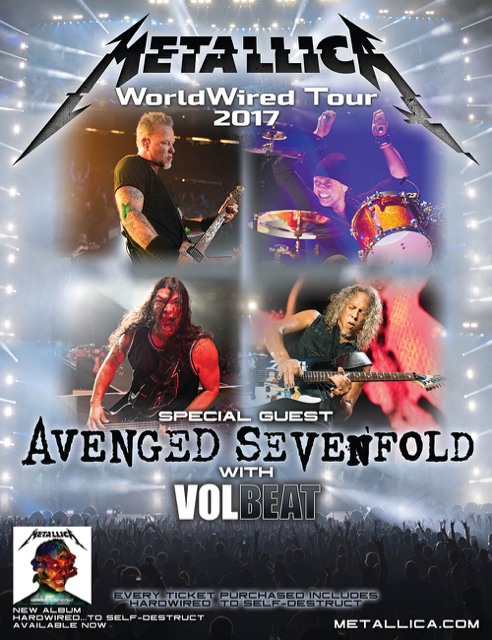 * With Avenged Sevenfold
^ With Volbeat
+ With Gojira