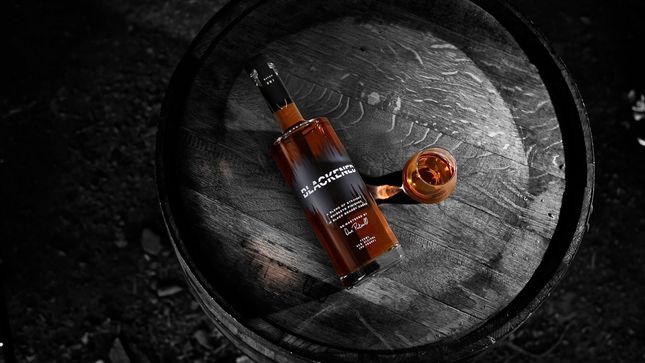 Metallica introduce their Blackened American Whiskey with the following message:

"It’s not often that we announce a brand new, never-been-done-before Metallica endeavor, so we’re incredibly excited and super proud to introduce Blackened American Whiskey. We’re honoured to partner with Master Distiller extraordinaire, Dave Pickerell, to create a unique blend of straight American whiskey available in select US cities later this week and online at thinkliquor.com or spiritedgifts.com.

“'Blackened' isn’t just the name of a song on …And Justice For All and now on the bottle; it literally helps to shape the flavour! The blend of bourbons, ryes and whiskeys from all across North America is housed in black brandy barrels and inundated with low hertz sound waves so intense that it actually enhances the molecular interaction and ultimately the finish of the whiskey, the process of sonic-enhancement we call “Black Noise”.