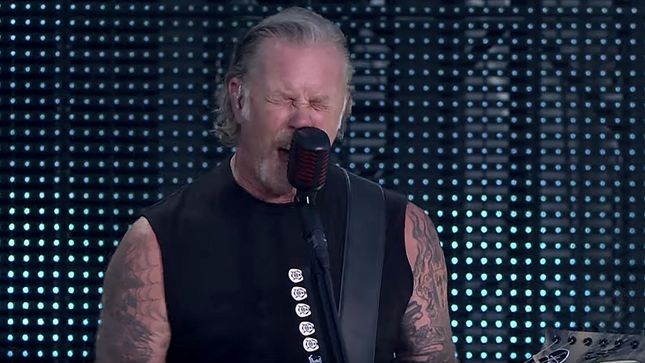 Metallica have released the new video below, featuring their performance of "The Memory Remains", filmed at Letňany Airport in Prague, Czechia on August 18, 2019.

Metallica's next scheduled live performance is on March 28, 2020 for the All Within My Hands Helping Hands Concert & Auction at The Masonic in San Francisco, CA. Find the band's live itinerary here.

In other Metallica news, the second instalment of the Billabong x Metallica 2019-2020 Collection has arrived. Introducing: Metallica x AI Forever, inspired by the song “Seek & Destroy” and in memory of the late three-time surfing world champion, Andy Irons.

A portion of the proceeds from the Metallica x AI Collection help support the Andy Irons Foundation. For more information, visit andyironsfoundation.org.