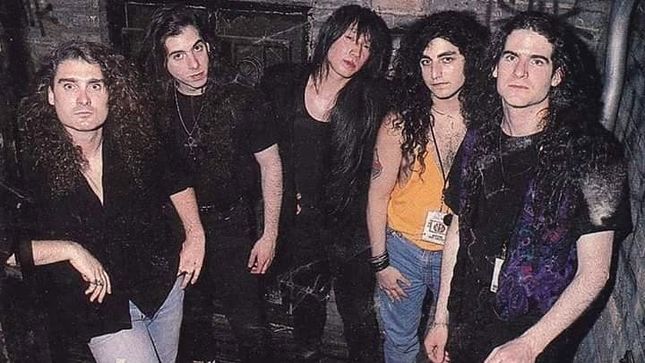 Drum legend Mike Portnoy, who co-founded Dream Theater in 1985 and left the band in 2010, posted the following message on July 7th celebrating the 28th Anniversary of the band's breakthrough second album, Images And Words.

Portnoy: "Happy 28th Birthday to Images And Words!! Although it was released on July 7th 1992, its history goes back a few years before then...

We started writing songs for it in 1988 / 1989 when Charlie Dominici was still in the band (even performing live versions of 'Metropolis' and 'To Live Forever' with him) and we also wrote 'A Change Of Seasons' and 'Don’t Look Past Me' (both of which didn’t make the album) in 1989 as well. As we spent all of 1990 looking for a new singer, we wrote 'Take The Time', 'Learning To Live', 'Under A Glass Moon' and a few others during that period (even performing TTT & LTL live as instrumentals at the time), and once James LaBrie joined the band in 1991 completing the lineup once again, we finally were ready to began work on what would become I&W.

We recorded I&W in the fall of 1991 (I remember Freddy Mercury passing away while we were making the record) and believe it or not, it sat in the label’s hands for almost 8 months before they finally released it in July of 1992.

At this point in our career, we’d been together for almost seven years. We were on our third singer and our second record deal, and still patiently awaiting our 'big break'...and Images And Words FINALLY gave us the payoff we’d been so patiently and diligently working towards. Really a great example of perseverance.

Many fans tell me 'Images And Words changed my life' and I have to say that beyond a shadow of a doubt, it absolutely changed MINE!! I can safely say I would not still be here writing this to you if that album hadn’t taken off the way it did and paved the way for us to carry on in its wake with everything that followed. Thank you all for allowing me that opportunity and still cherishing this album almost three decades later."