MIKE PORTNOY On Getting Crushed By His Daughter In THE BEATLES: Name That Tune Challenge - "I Was Shocked; I Want A Rematch" 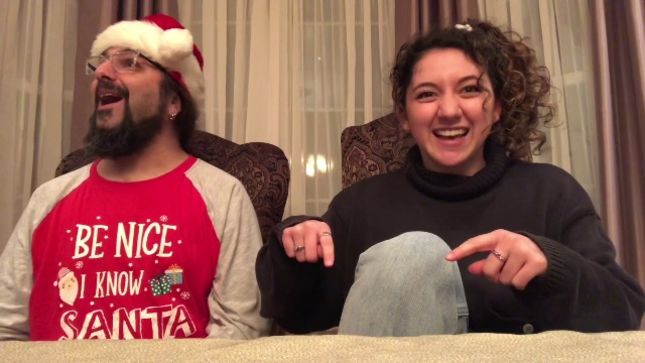 World Prog Nation caught up with drum legend Mike Portnoy prior to the recent Sons Of Apollo show at the historic Fillmore in San Francisco, CA. They discussed a host of topics including Sons Of Apollo and their new album MMXX, the creative process, vocalist Jeff Scott Soto, social media, Rush and Neil Peart, his music collection, and his daughter crushing him in The Beatles' name that tune challenge last December which was posted to YouTube.

On the crushing defeat at the hands of his 22 year-old daughter, Melody:

It is of public record that Portnoy is a huge fan of The Beatles, going so far as to having launched a tribute band called Yellow Matter Custard featuring Paul Gilbert, Matt Bissonette and Neal Morse. Go to the 18:56 mark for Portnoy's complete admission of defeat.

The clip below was uploaded in December 2019.