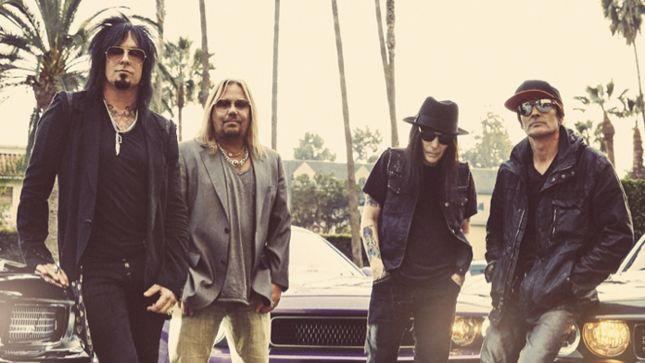 Be part of the biggest Dodge Car Show and Concert in Texas history when Dodge Rocks Gas Monkey on November 1st. Show off your Dodge Challenger, Charger or Viper on the grounds of the newly opened Gas Monkey Live in Dallas, and rock out at a Texas farewell concert by legendary rock band, Mötley Crüe.

* Join fellow Dodge owners and show off your pride and joy Dodge Challenger, Charger or Viper. All model years are welcome, vintage or showroom new. Every registered show car may receive two event passes… that’s you and one guest.

* Catch a ride in a Dodge Viper drift car, get your thrills in a Challenger Hellcat, and try out the Dodge Simulator.

* Capture the moment with an airbrush tattoo or get the real thing from Hart & Huntington Tattoo Company.

* Each registered Dodge show car owner will receive $100 spending cash at the event. That means you will get your entire entry fee back just for showing up. Share it with your passenger and have a great time on Dodge.

For more information head to this location.

Local Mötley Crüe fans may have panicked upon seeing the routing for the band’s The Final Tour, reports Las Vegas Weekly's Case Keefer. Las Vegas was conspicuously absent on the 72-date North American run announced earlier this year. But that doesn’t mean the arena-rock bad boys forgot about the town that frontman Vince Neil has called home for the last 20 years.

“Rumor has it, the last few shows are going to be Vegas and LA, because we wanted to end in 2016 in Los Angeles where we started,” Neil said last week.

The tentative plan, according to Neil, is for the Crüe to play a “couple of nights” in Las Vegas at the tail end of 2015. Neil, guitarist Mick Mars, bassist Nikki Sixx and drummer Tommy Lee will then return home.

“After New Year’s, we’ll do three nights at one of the arenas in LA,” Neil said. “And then do a special show at the Whiskey a Go Go on our 35th anniversary.”

Mötley Crüe drummer Tommy Lee recently posted pro-shot footage of his "Crüecifly" live solo. The footage, shot on the band's The Final Tour, was directed and edited by Bobby Hewitt, with audio by Nick Thayer. Watch below:

Mötley Crüe's classic, "Kickstart My Heart", is featured in a new commercial for the Dodge Charger. Check it out below: