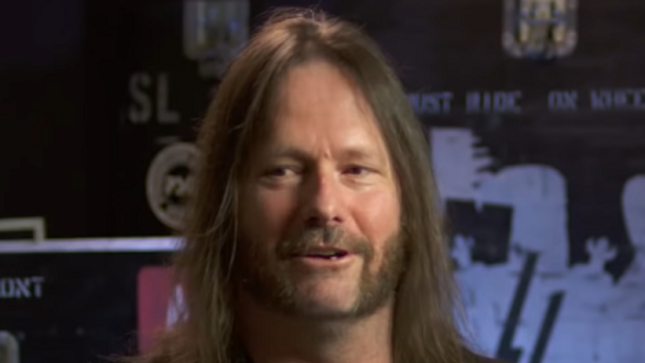 Murder In The Front Row: The San Francisco Bay Area Thrash Metal Story will premiere this Saturday, April 20th at AMC Kabuki 8 in San Francisco, CA at 1 PM. Directed by Adam Dubin (Beastie Boys “Fight For Your Right To Party”, "No Sleep ‘Til Brooklyn”), the film contains over 50 interviews with various metal stalwarts, (including Metallica, Megadeth, Slayer, Anthrax, Exodus, Testament and Death Angel), telling its tall tales through a mix of first-person interviews, animation and narration by comedian Brian Posehn.

Using the remarkable 2012 photo book Murder In the Front Row: Shots From The Bay Area Thrash Metal, that featured kinetic pictures taken by early devotees Brian Lew and Harald Oimoen as a jumping-off point, documentary director Adam Dubin has delved deep into the primordial soup of SF’s thrash metal history for this film.

Speaking to Dave Pehling of CBS SF, director Adam Durbin talks about the scene examined in his movie; an excerpt from their chat follows:

Durbin: "It was a wonderful scene. It’s been a fantastic experience working on this film. Brian and I have become friends. We first met through our associations with Metallica, but once he showed me that book, I was literally grabbed by it. It sat on my nightstand table right next to my bed for several years. I would just thumb through it. I knew I had to make this documentary. Those photos have so much energy, they’re so alive, you can feel the sweat from them. I just had to do it. So eventually, I got everything together and approached Brian and he said, 'Yeah! Let’s go do this!'"

"And to me, what speaks volumes is that Metallica shows up in the Bay Area in the fall of 1982 and by early ’83, fully 50 percent of the band is Bay Area musicians with Cliff and Kirk joining the band. And they lived there as well, though as Brian likes to point out, they never were home much because of all the touring. But they were definitely a Bay Area band. But I don’t want to dwell on Metallica, because the other history is so rich. That’s the part I didn’t know and that’s what really attracted me."

"I mean, I kind of knew about Exodus and that Kirk (Hammett) had formed the band, but I didn’t know much about them. And what I came to find out was this wonderful other band that kind of became the house band of the town. Exodus was the go to band if you wanted metal, because Metallica was away. Exodus was playing shows and building the world of thrash and inspiring other musicians. So what you have is people would see Exodus and pick up a guitar themselves and start to play in all these amazing bands that started developing in the Bay Area." 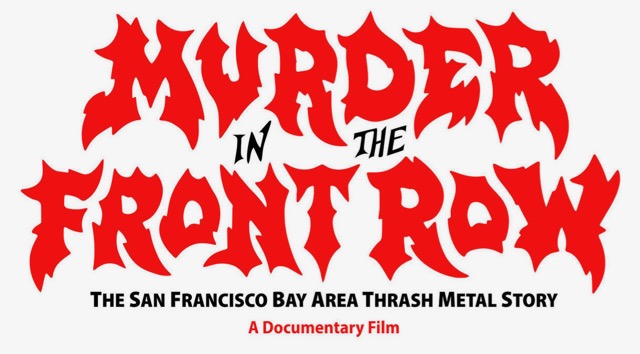 On a personal level, Dubin thinks MITFR serves as a natural evolution for him as a filmmaker and storyteller. “If there’s one theme that runs through all my work, from the Beastie Boys to Metallica to Murder in the First Row, it’s all an attempt to reveal a central truth of rock’n’roll.”