MY RUIN Release Offiicial Video For Cover Version Of "My Way" 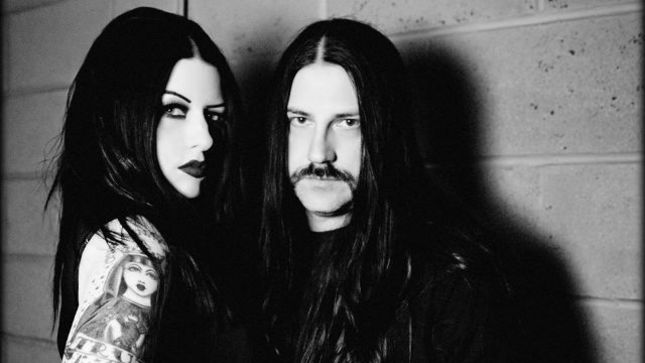 My Ruin vocalist Tairrie B. Murphy has checked in with the following update:

"And now....we are proud to present our new video!

"I've always loved this song. Both the version Frank Sinatra recorded in 1969 and the infamous Sid Vicious version from The Great Rock "n" Roll Swindle in 1978. They are equally cool and contemplative for different reasons. I wanted to record it for reasons of my own.

Although I was inspired by both of the male artists who previously recorded it, I wanted to make it mine with a female empowerment vibe. From the spoken word intro to the screams, I love the raw in your face confrontational reality of it's feminine brutality. I think Mick Murphy captured the essence of the original but felt the same way musically as he made it a My Ruin song with his signature Southern metal heavy riffs and unique arrangement.

While band members have come and gone, at the core, My Ruin has always been the two of us. The heart and soul and we continue to remain strong. 'My Way' was the last song Mick and I recorded in Los Angeles before putting our band on our self imposed 'hiatus' and moving to Knoxville, Tennessee in 2017. In the end, it was very cathartic and emotional for both of us. We hope you enjoy the video which I created to accompany it for the debut of our new, old school covers album Rock Love & Red Lipstick, which we released on Valentines Day as a gift to you as we celebrate our 20 year Anniversary!"

"Rock Love & Red Lipstick features 16 ruined and remastered songs including two brand new, never before heard covers of the old school hip hop classic 'I Ain't No Joke' by Eric B & Rakim and 'My Way' which was made famous by both Frank Sinatra & Sid Vicious, which we have given a spoken word/brutal scream, heavy metal feminine twist. Those who know us and have followed our band will understand why we have chose to both cover and close the album with 'My Way' because it illustrates our journey perfectly.

Although we are still on a self imposed hiatus with no plans for touring in the near future, we just wanted to touch base and let you know we are thinking of you. We've loved, we've laughed and we've cried. We hope you will continue to support us as we follow our hearts wherever they may take us in 2020. Ride or die."