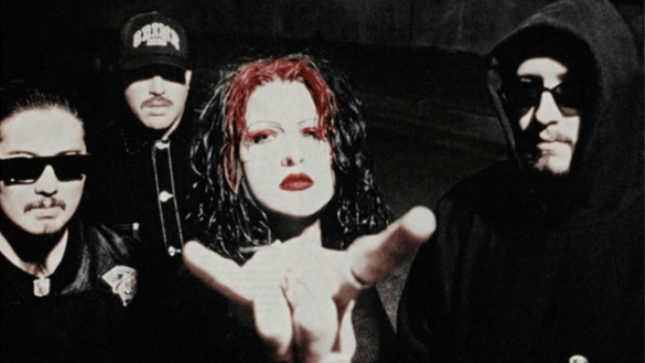 This week, My Ruin vocalist Tairrie B. Murphy made the Manhole debut album from 1996, All Is Not Well, available digitally to the fans for a price of their choosing, or for free, along with nine demo recordings from the band's early years in Los Angeles circa 1993 - 1995.

Tairrie: "This original album (before we were forced to change our band name to Tura Satana in 1997) is officially *out of print* and hard to find so for those of you who want to update your old school CD or cassette tape versions to include digital or have never heard it, here's your chance!

To accompany the link, I went into my rock vault and dug out the first review of the album which was written by wordslinger extraordinaire Steve Beebee for Kerrang! and features a photo by the legendary Edward Colver. I haven't read this in years but I remember why it was my favorite at the time.

'Manhole are quite possibly the angriest band in history.'

No matter what incarnation my various projects take (from hip hop to heavy metal) when it comes to my art, I will always stay true to myself and follow my own heart. Thank you for continuing to be with me on my musical journey from past to present day. May we never grow apart."