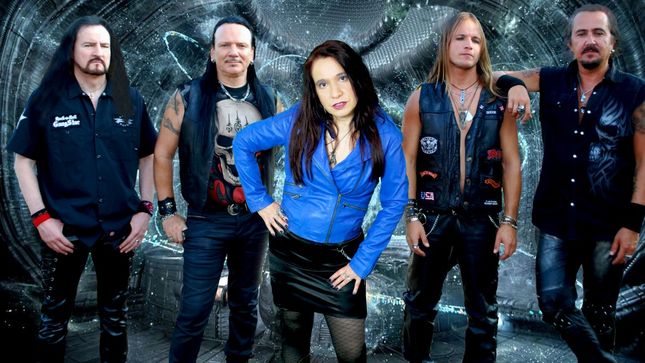 Mystery Blue's fourth digital single from their upcoming 8RED album is out now. Watch the lyric video for "Killing innocence" below.

The band's new album was mixed and mastered by Vince Koehler at V.I.P. Studios. He is also responsible for the cover artwork. 8RED will be released on September 20 via Massacre Records, and is available for pre-order here.

Boosted by a new artistic approach and a modern production, 8RED offers a collection of unforgettable metal hymns and in-your-face rippers, alongside epic, original and melodic pieces.