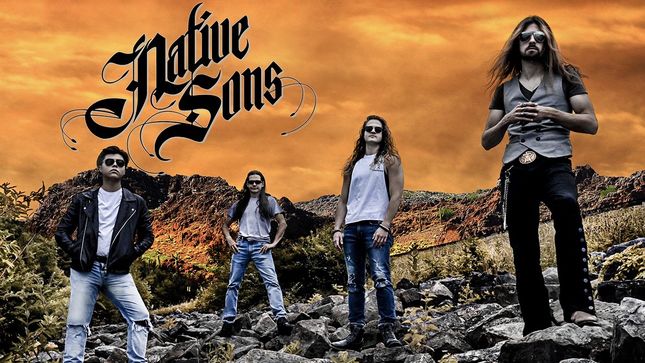 The album was originally recorded two years ago under another band name and with different members but included Blake on vocals.

"The project was abruptly put on hold for significant reasons in 2018 and it was all but shelved. In December of 2019, I contacted the label to see if they would reconsider releasing the album. After much discussion with label president, Bill Chavis, and talks with the original players, it was decided that the album would be released but under the new band name 'Native Sons'." says Blake

"The conversation was just about getting the album out and heard first and if a live situation presented itself, then the band could be ready to go. As time progressed the original members had other obligations and were committed to other projects so they opted out," says Bill Chavis.

Ashton persevered and kept moving forward. Kevin was recruited and together he and Ashton searched for a guitar player. "We tried out a few guys but Diego was the guy who came in knowing the material and was ready to go. He was already in another project with Adam so it was perfect." says Kevin

With rehearsals underway, drummer Adam Amici will go in and lay down new drum tracks on the album, then it will be ready for a new mix and master. A new art package and rebranding of the band is in the works. A new video is planned for the first single and the band is already writing new material for a second record in the near future.