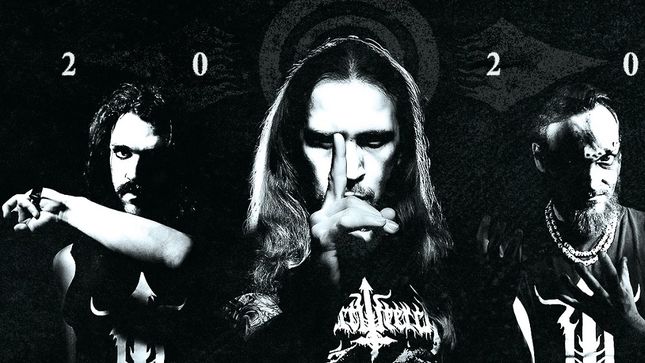 French blackened death outfit Necrowretch will release The Ones From Hell on February 14, 2020. The band have revealed the cover artwork and tracklist, which can be seen below. In conjunction with the announcement, the band have shared "Luciferian Sovranty," the first single from the offering.

Necrowretch comment: "Today, it's with pleasure that we spew our new creature onto the face of the earth. ‘The Ones From Hell' is a brand new chapter in the history of Necrowretch. Beyond rules and boundaries, we have reached a new level of musical expression dedicated to the Devil and His many names. This unholy spawn will consist of eight new songs, which perfectly serve our impious fascination for Hell. Yet again this monster will be unleashed by the mighty Season of Mist. Down below the gates are opening for the 'Luciferian Sovranty'... Hail Satan!"