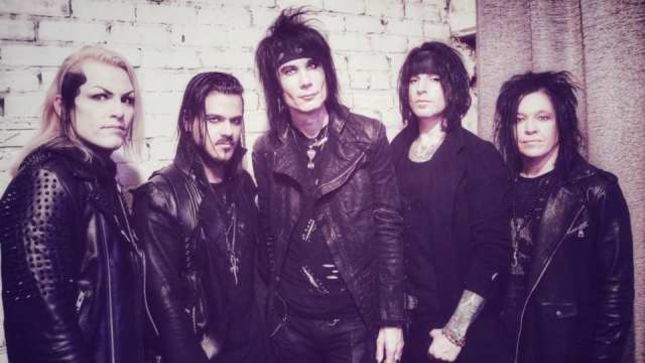 Channeling the dance of the undead and playing songs distinguished by atmospheric synth melodies, heavy guitars, and melodic vocals, Neon Coven is equal parts tragedy and beauty. Their anthems of love, loss, life and death are delivered with the passion that only comes from someone that has lived it.

Von Johnson: "The material within runs a musical gamut, in which we as a band proudly exercise our ability to take bold strides in diversity. From dance-pop to goth rock, each song will take you twisting down a new road. I've worked on a lot of albums in my career, and thus far, this is the one I'm most proud of."

The band's new album, Future Postponed, will be released October 30th. The cover artwork has yet to be revealed, the tracklist is as follows:

"Blame It On The Drugs"
"Every Part Of Me"
"A World Without You"
"I'm The New Hit"
"Manic"
"Purgatory"
"Kiss Of Death"
"Spirits In The Hall" (feat. Ramsey)
"You're Never Getting Out Alive"
"Dead To Me"
"The Other Side Of Nowhere"

Check out "Blame It On The Drugs" below.