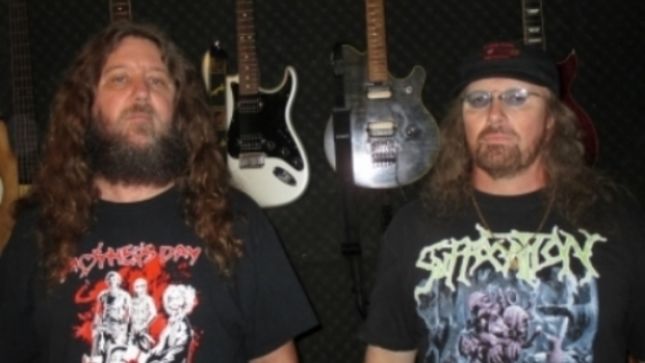 The cover art for the upcoming Never To Arise release, Gore Whores On The Killing Floor, has been unveiled. The CD will be housed in a 4-panel digipak with 12-page booklet. All design and artwork for the limited edition CD release has been done by Dominik Patric (Duskburn). The release date is August 25. 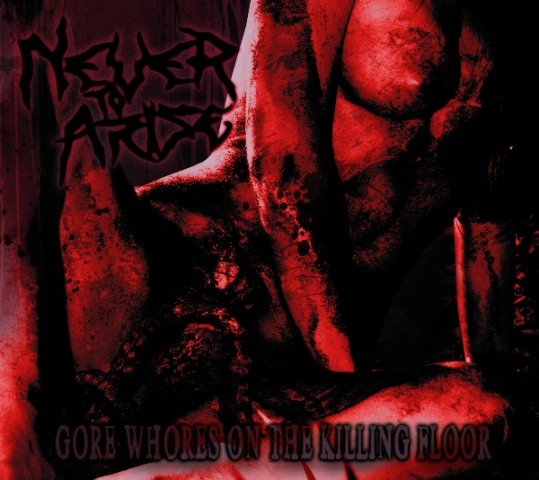 This is the second release for the Florida-based dynamic death metal duo: Gordon Denhart (rhythm guitars, vocals, drum programming) and Michael Kilborn (lead guitar, bass). Their debut, Hacked To Perfection was released in 2012.