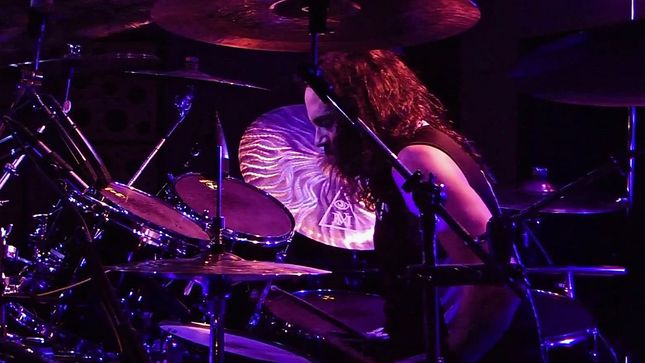 A video tribute to former Megadeth drummer Nick Menza, who passed away three years ago today, can be seen below.

On May 21, 2016, Nick collapsed onstage, behind his drum kit after suffering a heart attack during a concert with OHM: at The Baked Potato in Studio City, California and was pronounced dead upon arrival at the hospital. The Los Angeles County Department of Medical Examiner-Coroner said Menza died of natural causes.The cause of Menza's death was listed as hypertensive and atherosclerotic cardiovascular disease.

Menza's book, Megalife: The Autobiography Of Nick Menza by J. Marshall Craig, was released in December 2018 via Post Hill Press.

Nick rightfully earned his place as heavy metal's fiercest drummer during Megadeth ten-year peak at the top. With the Megalife book, music fans are going to be thrilled to discover his candour just as fierce as his drumming. From the tour bus to the backstage to the front stage, an unflinching look at life in Megadeth.

There's no denying the fact that Megadeth was a huge part of Nick's life and career, as well as Nick being part of Megadeth's huge commercial success.

The highlight of his career, Nick said, was playing Rock In Rio before more than 100,000 people. The lowest point was being fired by Dave Mustaine while he was still in a hospital bed after surgery to remove was doctors feared was a cancerous growth.