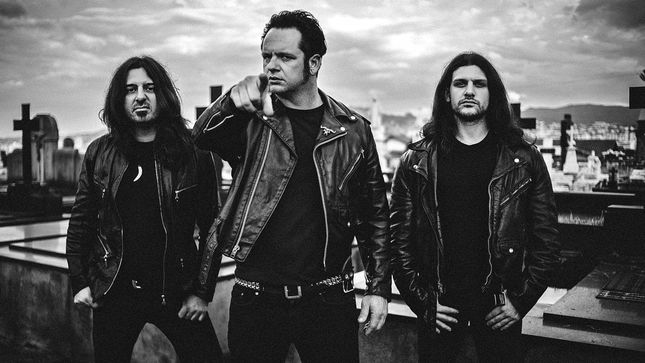 Night Demon's Darkness Remains won the top spot in WJCU's Metal On Metal Top 25 year-end show, which aired on January 5th. The Ventura, California band's second full-length album dominated the listener poll with the widest margin of victory in the history of the poll, finishing 53% ahead of runner-up Kreator. Overkill, Accept and Midnight rounded out the top five.

This was the 34th year of the poll, which is Metal On Metal’s most listened to program. Listeners were asked to nominate their top three albums of 2017. 718 ballots were cast and 80 albums nominated.

"Cleveland has adopted Night Demon as one of our own", says Metal On Metal host Bill Peters. "They have a special connection with the fans here. It's no surprise to me they won but to do so with such dominance was astounding! I mean, it wasn't even close. They had some tough competition to contend with this year but Darkness Remains ended up having more votes than the four albums behind it combined. That's amazing!

"I started playing Night Demon in heavy rotation back in 2012 shortly before their first E.P. was released and never stopped. The rest is history."

Night Demon recorded a live album in Cleveland on December 2 at the Beachland Ballroom. The double album, entitled Live Darkness, will be released later this year via Century Media in North America and Steamhammer/SPV overseas. The band kicks off a European tour supporting Accept on January 12th in Hamburg, Germany. A special two-disc expanded version of the Darkness Remains CD will be released on the same day via Steamhammer/SPV to support the tour.

“They say when you’re at the top, the only place to go is down", says Night Demon frontman Jarvis Leatherby. "That was definitely the feeling we had after being bestowed the honour of top album of 2015 with Curse of the Damned on the WJCU year-end poll. Flash forward to the end of 2017 to this once again mind blowing honor to reclaim the spot of #1 album of the year with Darkness Remains. Breaking the record for biggest margin of votes in the 34-year history of the Metal On Metal poll seems surreal. We will take this landslide victory to the heart, as we are just as proud of this record as our faithful legions around the world. Thank you for this crowning achievement.” 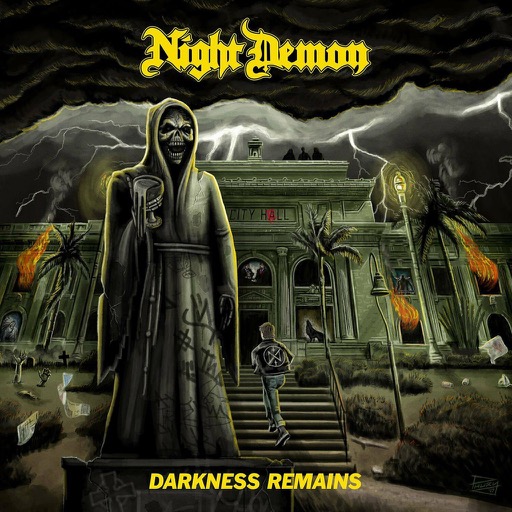 WJCU's Metal On Metal can be heard every Friday night from 6:30 to 9:30 PM, EST on 88.7 FM in the Cleveland, Ohio area or streamed worldwide at wjcu.org. 2018 marks the 36th year of Peters hosting his popular radio show.