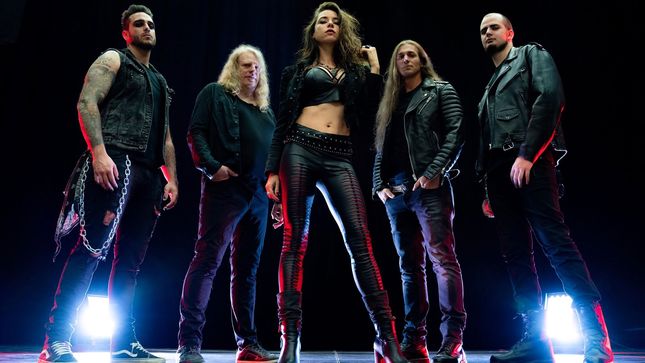 French heavy/power metallers Nightmare recently announced the addition of new singer Madie. The band introduces the singer below in a new video displaying her vocal prowess. Their new album is due out September 11, 2020.

2019 was highly symbolic for Nightmare... 1979-2019. The departure of Maggy Luyten could have ended a history of 40 years, but the band announced officially to the world that they are back on track beyond all expectations, stronger than ever with new singer, Madie (Faith In Agony).

"This time we will be working with Simone Mularoni's Domination Studio in Italy... Eleventh studio album will definitely mark a new era for Nightmare moving musically to new heights where we have never been before," stated the band.