NIKKI SIXX On The End Of MÖTLEY CRÜE - "We Couldn’t Be Creative As A Band, So How The Hell Can We Continue?" 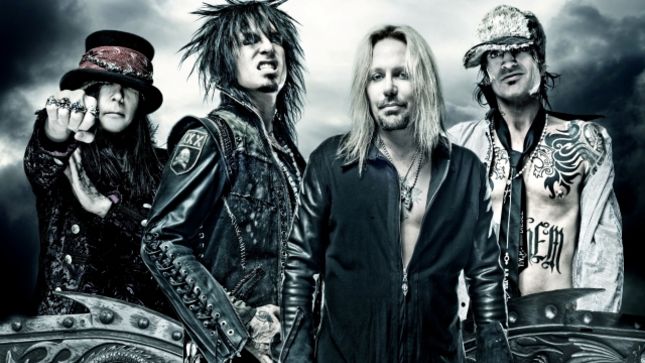 Sixx:A.M. bassist Nikki Sixx recently spoke with TeamRock.com about the end of Mötley Crüe and how he doesn't regret put the band on ice permanently. Following is an excerpt from the story:

Ask him if they left on good terms, and he simply says, “I’m still close with Vince.”

He insists that he won’t be tempted into further reunions. “No, no tour, nothing, no chance of another record. I want to just leave it intact. I see no reason. We couldn’t be creative as a band, so how the hell can we continue? But I’m glad the way it finished – we did it all, we did what we said we were going to do, and now I’m excited about the future.”

Sixx:A.M. released Vol. 2, Prayers For The Blessed on Friday, November 18th, via Eleven Seven Music. Written and recorded at the same time as Vol. 1, Prayers For The Damned, released earlier this year, the album acts as a companion piece to the first chapter while simultaneously elevating the band's sound in every area. Fans can sample songs from the album via the album teaser below.

“Barbarians (Prayers For The Blessed)”:

“We Will Not Go Quietly” video: