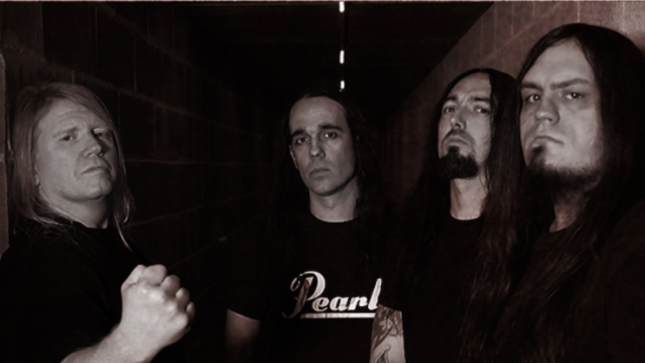 Nile performed at Holy Diver in Sacramento, CA on November 23rd. Capital Chaos TV caught up with founder Karl Sanders and filmed the band's show. Check out the interview and live footage below.

"Sacrifice Unto Sebek"
"Defiling The Gates of Ishtar"
"Kafir!"
"Call To Destruction"
"Long Shadows of Dread"
"In the Name of Amun"
"The Fiends Who Come To Steal The Magick Of The Deceased"
"Vile Nilotic Rites"
"Snake Pit Mating Frenzy"
"The Howling Of The Jinn"
"Sarcophagus"
"4th Arra Of Dagon" (outro only)
"Black Seeds of Vengeance"

Nile's A Vile Caustic Attack tour, with special guests Terrorizer, is underway and will conclude on December 14 at The Firmament in Greenville, South Carolina.

Tickets for the tour are on sale at Enterthevault.com. 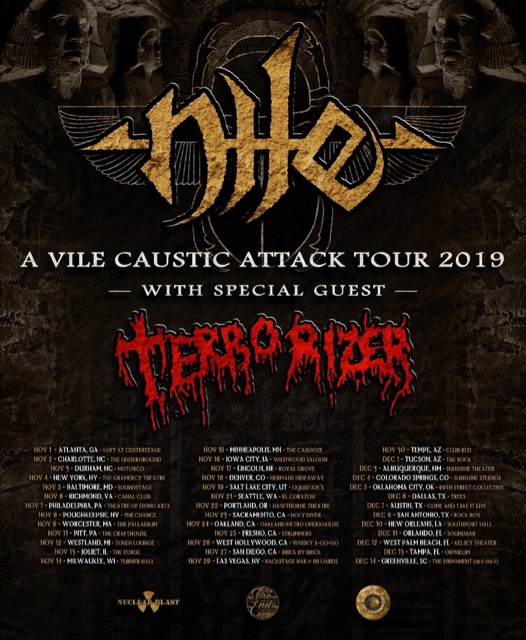