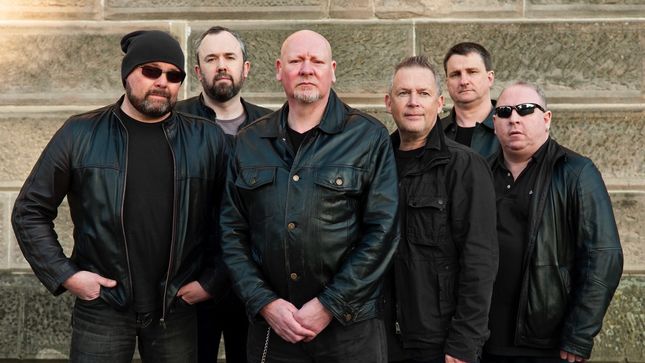 The release of the long awaited self-titled debut album by Northern Ireland-based band, No Hot Ashes, is scheduled for March 23rd. Pre-order here, and listen to the track "Boulders" below.

Originally formed in 1983, No Hot Ashes were influenced by UFO, Ozzy Osbourne, Whitesnake, Journey, Foreigner, Thin Lizzy and other classic rock/AOR acts of that era. They released their first single, "She Drives Me Crazy", in 1986 and supported bands such as Mama’s Boys, Magnum, Girlschool and Steve Marriott’s Packet Of Three.

The group signed a record deal with GWR Records in early 1988, joining Motorhead, Girlschool and Hawkwind on that label’s roster. They also relocated to London in order to be closer to the company and made an album before the end of that year. However, delays then occurred in getting it released and by the end of 1990 the band had called it a day and the record was shelved.

That should have been it, but in September 2013 NHA reformed for a one-off tribute gig which subsequently snowballed. Performing what can be described as classic melodic rock with a contemporary twist, they have been delighting new fans in the years since with their hook-laden guitar and keyboard driven songs, supporting Aerosmith, Foreigner, UFO and Scorpions along the way and touring the UK with FM and Romeo’s Daughter. They have also performed at major festivals such as Hard Rock Hell AOR, Download, London Calling, Ramblin’ Man, Steelhouse, Rockingham and the Frontiers Rock Festival in Milan, going down a storm each time.

NHA are currently preparing to hit the road in support of what is now a very eagerly anticipated debut album, with shows already planned for late spring and summer 2018. Unfortunately for the group, the pleasure of releasing the album is also tinged with great sadness as founding member, bass player and close friend Paul Boyd tragically lost a brave battle with cancer in 2017. Paul appears on the album and the band are respectfully dedicating its release to his memory.

"35 years ago we started a journey as band members and friends. We've had some incredible highs and some devastating lows. We lost Paul Boyd to cancer in January last year. He played and sang on this album. I cannot tell you how proud I am of it and him. The songs are massive, the production immense. The world needs this album because there is always room in life for quality. Listen and enjoy.” Eamon Nancarrow, No Hot Ashes 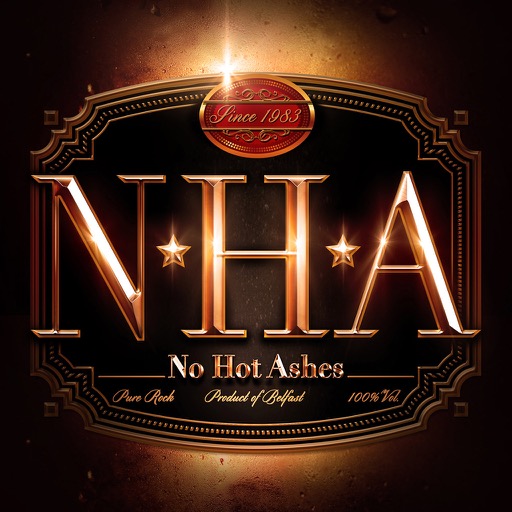