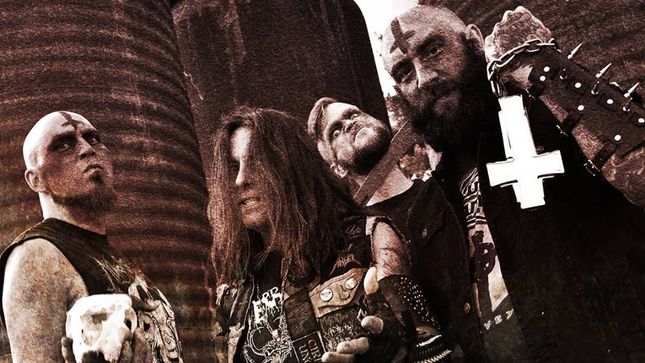 A reunion of Cleveland ‘80s glam metallers Priscilla, who scored a hit single on commercial radio back in 1989 with "Wake Up The Neighborhood” and had three hit songs on the popular heavy metal satellite radio station Z-Rock, will be one of many highlights at this year’s concert.

"Amazing how quickly 30 years flies by", says Priscilla vocalist Brad Slitt.  "On December 16, 1989, during one of the greatest periods for hard rock and heavy metal in this country, Priscilla made our debut to a packed house at the old Peabody's Downunder in the Flats, and we couldn't think of any better place than Bill Peters' holiday benefit show that we would rather perform for our 30-year reunion, almost to the day.  We're going to party like it's 1989!"

Legendary in the death metal underground, NunSlaughter is one of the few, first wave of American death metal bands still in existence.  NunSlaughter assaults the senses with fiendishly morbid tales of the macabre.  Their seething boil of hard-core sound has been festering beneath the skin of death metal for the past 32 years.

“NunSlaughter are proud to be invited and participate in this event that is a fantastic way to give back to the Cleveland community”, says NunSlaughter vocalist Don of the Dead.

"Our charity event showcases a very diverse lineup of local heavy metal talent", says event organizer and WJCU Metal On Metal DJ Bill Peters. "We’re proud of our metal scene here in Cleveland.  We want to give fans the best show possible and thank them for their support. They deserve it.  This is their night.”

Fans attending the concert are encouraged to bring food and cash donations for the Greater Cleveland Food Bank, Friends Of The Cleveland Kennel and Alzheimer's Association.  Last year Cleveland metal fans donated over $4,600 and 5,500 lbs. of food.

“Please make a difference and support the good causes of this benefit show”, adds event co-sponsor Iron Ingo Stührenberg from Germany. “Enjoy a great night with rockin´ live music and meet up friends and good people who are also giving a little bit to help a lot!  To say it with the wise words of Winston Churchill: We make a living by what we get, but we make a life by what we give.”

Doors open at 4 PM.  Show starts at 5 PM.  Admission is free.  The Beachland is located at 15711 Waterloo Rd. in Cleveland. Visit BeachlandBallroom.com for more information.