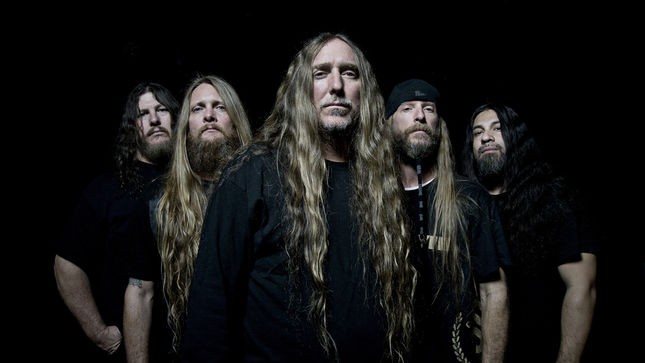 "Envision a European style festival condensed down to a cruise ship - balls to the walls atmosphere" - Terry Butler​,

Obituary have announced the Battle Of The Bays European Tour 2016, which will see them crushing The UK and Western and Eastern Europe this October and November alongside Bay Area thrash legends Exodus. NY rockers Prong and Australian grindcore up-and-comers King Parrot will provide further support. More countries on this tour will be announced at the end of August. A list of currently announced dates is available below.

Obituary's most recent album & Relapse debut Inked In Blood (released last year) debuted at #75 on the Billboard Album Chart, marking the group’s highest sales week ever and first debut in the Top 200.