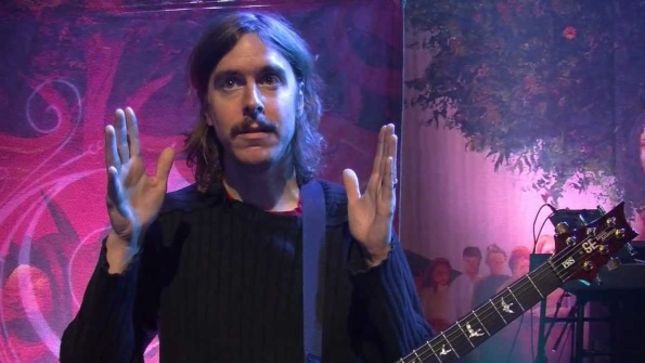 Soeaking with Music Radar, Openth frontman Mikael Åkerfeldt revealed his Top 10 list of the guitarists that blew his mind. Following is an excerpt from the rundown.

Åkerfeldt: "This has to start with him. Ritchie Blackmore is my hero, but not just for his guitar playing. His persona fascinates me. I love his audacity to just change whenever he wants, without taking any care or note of the people around him, not his label or fans. He just does what he wants to… that’s how I want to be. That’s how I am, I think. He is a magnificent guitarist, though his best work was early on, up until Deep Purple mk.3, which was around 1974. After that, even in Rainbow, he got a bit sloppy… and yet also wrote a lot of his best music.

We supported him in Spain earlier this summer. I was so nervous and excited that I missed my flight the next morning, though I think it had a little bit to do with drinking beer too! We were main support that night so I sat around outside our little cubicle, waiting for him to arrive. Then came what looked like an armoured car with blacked out windows, he was only a few metres away from me but drove back into his own sealed-off area. Which was probably for the best, as I would have ‘accidentally’ run in saying, ‘Oh hello!’ I really wanted to take my first selfie together but was told he doesn’t care to meet anyone. I would love to meet him though; he’s my idol in so many ways. I’m infatuated with him.”

Åkerfeldt: "I remember being so proud he was Swedish. The best heavy metal guitar player came from my country… that felt amazing!

I bought his second solo record, Marching Out, on cassette when it came out in 1985. I think I was a little disappointed because there were a lot more vocals than I expected. That feels stupid now, I love that record, but initially I wanted a more guitar solo-based record like his debut, which only had two vocal tracks.

I saw his latest video for his blues album, which I thought was appalling, cruising down the Miami streets in his Ferrari. That’s not what I think of when I think of blues. It’s pretty horrible. His records have been pretty fuckin’ shit for a long time, but the guitar playing has always been great. The last one I loved was Odyssey, but now I just sound like a disgruntled Opeth fan. After that, he went a bit cheesy and got really bad. I feel like he should take care of his career better and maybe calm down a bit, focus on writing great songs. He’s not giving himself the credit he is due, he just wants to carry on playing neoclassical at full distortion. But I still love him – he’s on this list, which is proof enough right?!”

Opeth will release their 13th album, In Cauda Venenum, on September 27 via Moderbolaget / Nuclear Blast Entertainment. Recorded last year at Stockholm's Park Studios, In Cauda Venenum will be released in two versions, in both Swedish and English languages. An official visualizer for the song "Svekets Prins" can be found below.

Various physical and digital formats will be available. Head here for pre-order options. 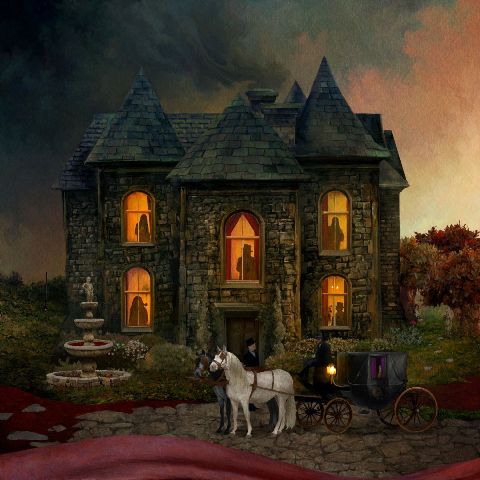